On August 16, 2016, the Ninth Circuit ruled in U.S. v. McIntosh that the Department of Justice may not expend federal money to prosecute state-law compliant medical marijuana providers and entities.

Since 2014, through appropriations riders, Congress has ruled that the Department of Justice may not use appropriated funds to pursue federal enforcement actions in ways that would thwart state medical marijuana laws. The relevant language in the budget bills passed in 2014 and renewed in 2015 reads:

“ None of the funds made available in this Act to the Department of Justice may be used, with respect to the States of Alabama, Alaska, Arizona, California, Colorado, Connecticut, Delaware, District of Columbia, Florida, Hawaii, Illinois, Iowa, Kentucky, Maine, Maryland, Massachusetts, Michigan, Minnesota, Mississippi, Missouri, Montana, Nevada, New Hampshire, New Jersey, New Mexico, Oregon, Rhode Island, South Carolina, Tennessee, Utah, Vermont, Washington, and Wisconsin, to prevent such States from implementing their own State laws that authorize the use, distribution, possession, or cultivation of medical marijuana.”

However, the DOJ contended that the ban did not undermine its right to prosecute state-law compliant growers and distributors. The Ninth Circuit’s ruling interprets the legislation to mean that it does indeed “prohibit DOJ from spending funds from relevant appropriations acts for the prosecution of individuals who engaged in conduct permitted by state medical marijuana laws and who fully complied with such laws.” U.S. v. McIntosh.

Although a favorable ruling for the cannabis industry, the court also articulated the following two important points limiting its benefits:

That said, the DOJ’s enforcement of the federal Controlled Substances Act cannot occur without the necessary funds to do so and, in making its ruling, the Ninth Circuit Court of Appeals affirmed Congress’s intent to prohibit executive agencies from using appropriated funds for exactly that purpose. Hence, this ruling reduces the risk of federal raids for state-law abiding cannabis businesses in those states within the Ninth Circuit’s purview; namely, Alaska, Arizona, California, Hawaii, Idaho, Montana, Nevada, Oregon, and Washington.

WINTER LLP® is a corporate, transactional, regulatory and intellectual property law firm focused on traditional and emerging markets, with offices in Orange County, San Francisco, and Arizona, servicing clients around the world. 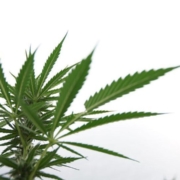 The Truth About the DEA and CBD 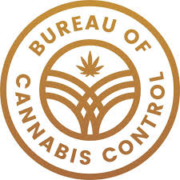