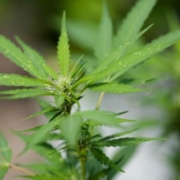 The Food and Drug Administration (FDA) on Monday gave a green light to the country’s first drug derived from marijuana.

Epidiolex, manufactured by GW Pharmaceuticals, is intended to treat seizures associated with two rare and severe forms of epilepsy that begin in childhood. The drug is made of cannabidiol (CBD), a component of marijuana that doesn’t give users a high.

The approval could spur more research into marijuana products, though marijuana itself remains illegal.

“This approval serves as a reminder that advancing sound development programs that properly evaluate active ingredients contained in marijuana can lead to important medical therapies,” FDA Commissioner Scott Gottlieb said in a statement.

In a separate statement, Gottlieb stressed the importance of using proper research on the medical uses of marijuana and noted the approval doesn’t mean the agency will be lowering its approval standards for marijuana.

“This is an important medical advance. But it’s also important to note that this is not an approval of marijuana or all of its components,” he said. “This is the approval of one specific CBD medication for a specific use.”

Medical marijuana is available in about half of states. But federal regulations classify CBD as a Schedule 1 drug, which means it has no medical value and a high potential for abuse, because it is a chemical component of the cannabis plant.

This means the Drug Enforcement Administration (DEA) will have to reclassify it before GW can begin marketing Epidiolex.

The FDA said it is providing medical and scientific information and recommendations to the DEA about CBD.