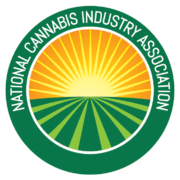 In recent weeks, a growing number of respiratory illness cases associated with nicotine or cannabis vaporizer cartridges have been reported, leading to increasing concern among cannabis cartridge consumers, regulators, and medical experts. The vast majority of these reports are linked to cartridges that were produced and obtained in the illicit and unregulated market, or that were adulterated by consumers. The small number of cases that have so far been associated with legal cannabis products have not shown definitive links to those specific products.

Furthermore, similar cases of respiratory illness have not been reported in Europe, where the regulations governing vapor products are different. Even if, as we suspect, it is confirmed that the source of the current problem is limited to illicit-market products, there are valuable lessons to be learned to ensure the future safety of licensed vapor products and preserve our ability to promote vapor products as a viable and beneficial method of consuming cannabis.

Although cannabis vaporizers and nicotine e-cigs are not the same, there are important commonalities that we can learn from given that the nicotine e-cig market has been around for over a decade. First, it is essential to acknowledge the differences. Although some people view all vaping through the same lens, vaping cannabis and nicotine are as different as drinking alcohol and coffee. The formulations are vastly different in their chemical compositions, and usage patterns of cannabis consumption are far less intensive than those of nicotine e-cigs, which tend to be used many times throughout the day. Notwithstanding those differences, the principles of operation are the same; a heating element is generally used to aerosolize a stored liquid without combustion.

Moreover, in both cannabis and nicotine cartridges, the target active ingredient is typically combined in formulation with other organic compounds. These include glycerol (VG) and propylene glycol (PG) that are more commonly used in nicotine-containing cartridges and dictate the viscosity of the liquid. And flavorants, typically terpenes in the case of cannabis, are included in the formulation to provide particular taste and aroma characteristics.

Nicotine e-cigs have had numerous public health concern moments, some real and some manufactured, but one particular issue is especially illustrative to cannabis manufacturers. In the early days of e-cigs, some smaller e-cig manufacturers added diacetyl to their formulations in order to create flavored e-liquids with buttery notes. Those manufacturers assumed diacetyl to be safe because it is classified as GRAS (Generally Recognized As Safe) by the FDA (we eat it on our popcorn for goodness sake). Nevertheless, that GRAS classification was provided for ingestion, not inhalation. In fact, diacetyl had already been discovered to cause bronchiolitis obliterans, also known as “popcorn lung,” in popcorn factory workers in the early 2000s. And although no one was reported to have been hospitalized or died, the discovery of diacetyl in nicotine vapor products cast a cloud over the entire e-cig industry, even for those companies who employed scientists, practiced good product stewardship and developed internal lists of ingredients that led them to only include ingredients that had low inhalation toxicity risk profiles. This example illustrates that it is in our interest to ensure that all cannabis vapor product manufacturers understand that compounds that are characterized as GRAS are not necessarily safe for inhalation purposes and that an additional level of risk analysis must be performed.

We must ensure vapor product safety because the potential of cannabis vapor products to deliver the necessary medicine to patients without the harmful byproducts of combustion must not be undermined by industry missteps or the loss of public trust. Again, using nicotine e-cigs as an example, we know that vaporization can eliminate the byproducts of the combustion of plant materials. In one study, approximately 1,000 times less harmful chemicals like carbon monoxide, formaldehyde, and acetaldehyde were measured in e-cig vapor when compared to combusted cigarette smoke¹. Designed with the proper materials, protocols, and formulations, nicotine vapor products can have a very low-risk profile relative to combusted cigarettes. In fact, one nicotine vapor product has been evaluated as low risk enough to have been approved by the MHRA (UK equivalent of the FDA), thus adding to the evidence that, generally speaking, vaporization can be considered safer than combustion. Of course, confirmatory studies need to be done with cannabis but combined with the ability of vapor products to deliver fast-acting, precise doses of formulations that can be tailored to an individual’s needs, the importance of vaporized cannabis as a low-risk method of consumption is real.

With this in mind, we, as an industry, must develop standards and best practices. Doing so will build consumer trust while also providing guardrails that still allow for innovation. Other industries have done precisely this, including the fragrance and food additive industries. Moreover, if we do not develop our standards and only react to state regulations, which can tend to lag, we run a higher risk of similar problems in the future. A few simple principles can be applied to this problem.